The Road Transport Department (JPJ) is wasting no time in implementing the new ‘F’ license plate numbers for the administrative capital of Putrajaya. It announced today that the F 1 to F 9999 number plate series will be open for tender starting from June 1, ending noon on June 14.

Last week, it was announced that the Federal Territory of Kuala Lumpur and Putrajaya will receive new ‘V’ and ‘F’ prefixes on vehicle number plates, replacing the current Wilayah Persekutuan number plate sequence of a prefix and suffix – introduced in September 2013 – and the ‘Putrajaya’ plates, respectively.

According to deputy transport minister Datuk Aziz Kaprawi, the public were more comfortable with the traditional number plate sequence of a single prefix, versus a prefix and suffix numbering system. “This is based on massive decline in bidding for the current KL number plate sequence. So I hope with ‘V’, it will get people excited,” he said. 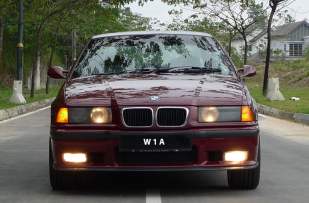 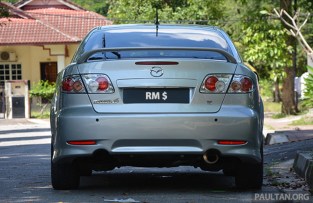 Commenting on the ‘F’ prefix for Putrajaya, Aziz said the ministry had received a request from Putrajaya Corporation for a ‘Putrajaya’ prefix followed by a number sequence and alphabet suffix, but was rejected due to length. In this case, ‘F’ stands for federal. Aziz said he expected a lot of public interest in the new number plates, especially for the ‘F 1’ Putrajaya plate.

“I think many Ferrari owners will be queuing up to bid for the single alphabet of ‘F’ (number plate),” said Aziz, in jest. The ‘V’ series for WP Kuala Lumpur will be open for tender sometime after the Hari Raya holidays.

The highest price ever paid for a regular Malaysian number plate was RM748,000 for ‘W1N’ by Sultan Ibrahim Ismail of Johor, who also paid RM520,000 for ‘WWW 1’ in 2012. The buyer of the special ‘PATRIOT 1’ plate paid a reported RM1,308,000 for the honour. Will we see a new record with the new ‘F’ and ‘V’ plates? Plenty of cool possibilities with these two alphabets, don’t you think? – Paultan